If you or someone you know has been injured in an accident, contact OTT Law Firm in the St Louis Area. We serve clients throughout Missouri.
Schedule a consultation

The NCAA is currently facing a lot of backlash regarding its restrictions on compensating student-athletes. Many people are arguing that students should have the right to profit from the use of their name, image and likeness (NIL). In response, several states have enacted laws that permit such compensation. The NCAA has introduced an interim policy that requires compliance with state law for any organization developing guidelines or anyone seeking to enter into a contract regarding NILs. However, before taking any action, it is advisable to consult with a lawyer.

What Are Some of The Common Causes of Auto And Truck Accidents?

A comprehensive investigation into truck accidents and the factors that lead to them was carried out by the Federal Motor Carrier Safety Administration (FMSCA) in 2007. They divided the results of their investigation into three categories: important events, important reasons, and connected factors.

The circumstances that lead to an accident are called “critical events,”. The Fatality Analysis and Statistical Analysis Center at Florida State found three significant essential events that led to crashes with cars.

In 32% of the incidents that were investigated, the heavy truck was found to have drifted out of their travel lane and into another car’s lane.

Accidents were caused 29% of the time due to drivers losing control of their vehicles due to driving too fast for the conditions, mechanical failure, shifting cargo, or poor road conditions.

22% of incidents were caused by rear-end collisions with other vehicles traveling in the same lane as the truck.

The immediate reason or immediate failure that led to an accident is what is meant by the term “essential reasons” when discussing incidents involving large trucks. According to the findings of the study, there were four main categories of driver-related factors that contributed to the accident:

The first category, “non-performance,” describes incidents in which the driver was physically disabled and unable to respond appropriately.

This category also includes events such as dozing off behind the wheel or becoming unable to drive due to other forms of physical disability, such as a seizure or a heart attack. These kinds of acts were responsible for 12% of accidents that were related to trucks.

Accidents caused by the driver being distracted or not paying attention to fall under the second category, which is referred to as “recognition.” These behaviors were responsible for 28% of all accidents.

The third category, “Decision,” is responsible for 38% of all accidents and accounts for the highest share of those accidents. This refers to the fact that the driver made a poor decision or an incorrect choice, which ultimately led to the accident.

Infractions in this category include speeding, driving too fast for the conditions, and following too closely.

“Performance” is the final category, describing a motorist terrified or unable to exert reasonable directional control. Again, the percentage of accidents that fall into this category is the lowest of any other type, coming in at 9%. 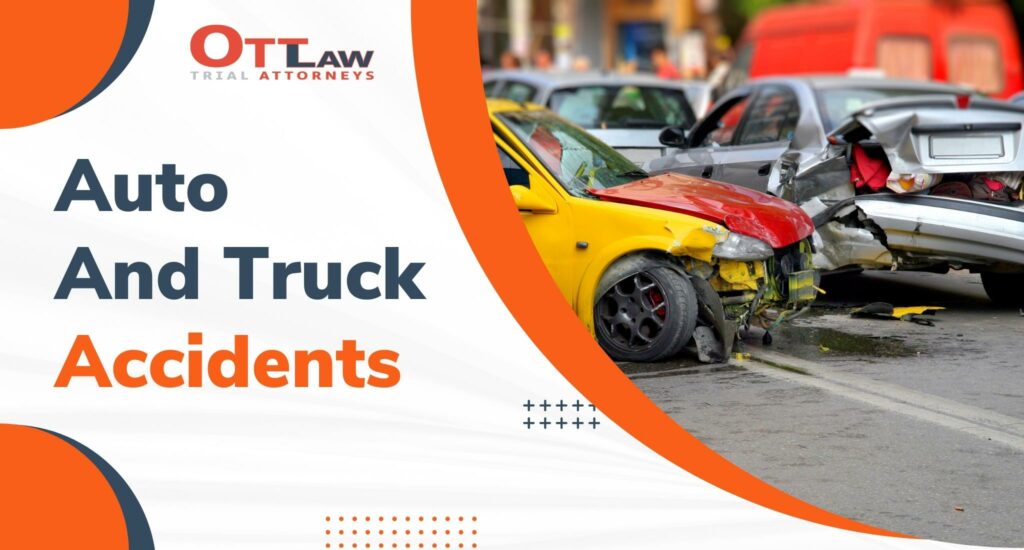 If you are involved in an accident involving a truck or any motor vehicle, we have the expertise, experience, and resources required to assist you in obtaining full compensation for the injuries, damages, and losses.

We have assisted many victims injured or killed in accidents involving trucks and motor vehicles in maximizing the compensation they are entitled to receive. Throughout the entire legal process, our unwavering commitment is to treat every one of our clients with the utmost dignity, respect, and compassion.

Some Things You Should Keep In Mind Is That

Truck accident cases are very different from car accident cases and other personal injury claims, so experience is important. Truckers and transportation companies must follow a complicated set of federal and state laws and rules. These laws and regulations cover things like hours of service, maintenance and inspection requirements, and other safety rules.

The attorneys at OTT Law Firm know a lot about these laws and rules, which change constantly. We will determine if this violation caused your crash and hold the driver and company responsible. 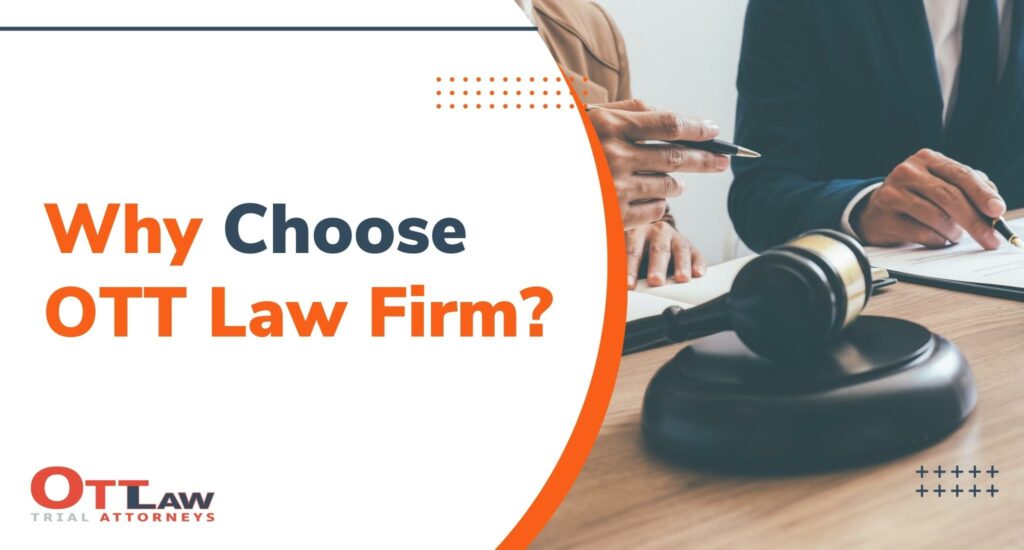 I've worked with Joe and Mark on multiple matters. Joe and his team are incredible. They really know their stuff and are dedicated to helping their clients win. If you're on the fence or don't know who to trust with your case, you can trust Ott Law.

D Lssler
The Ott Law Firm has helped me with a wide range of difficulties that have surfaced throughout my divorce and custody case with my ex-wife. The big guys couldn’t or wouldn’t do the job the way it needed to be done, but Joe did it! I am very happy with the results and would recommend him as well as his firm for family law as well as any other professional legal representation.

Culpeper
I had an unfortunate event happen in my life and I reached out to an attorney. I was handed over to Ott Law Firm. I had the pleasure to work with Joe, Cierra, and Mark. Everybody there treated me with the upmost respect and actually cared. I mainly worked with Cierra and she went above and beyond for me, listened to me cry, and never made me feel uneducated when I asked questions or needed help with paperwork. Shes incredibly organized and has an outstanding memory, and is fantastic at her job. I will be using her and this firm in the future if need be and referring others that need attorney.

The auto and truck accident attorneys at The OTT Law Firm can assist you in obtaining the compensation you require and are entitled to make the fullest possible recovery from your injuries, regardless of the type of vehicle you were operating at the time of the collision.

Our legal team collaborates with a large group of accident reconstruction specialists to conduct exhaustive investigations of vehicle and truck collisions and pinpoint all the variables that contributed to the incidents. We use this information to construct strong claims that are evidence-based, which significantly increases the likelihood of a positive outcome.

Why is timing so important?

It is essential to remember that if you do not have an attorney specializing in auto and truck accidents on your side, you will be at the mercy of insurance companies, which are frequently more concerned with protecting their profits than with assisting the injured party.

If you have our legal team on your side, you will be safeguarded against the practices that these firms use to serve their self-interest, and you will have a far better chance of receiving the full compensation you are due.

Please contact us so we can set up a free, no-obligation appointment with one of our legal representatives.

Some Areas We Specialize Auto and Truck Accidents in Missouri: 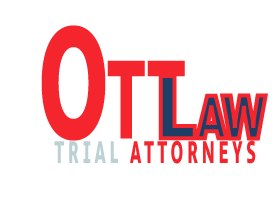